For the Wolf Moon I measured air temperature, wind chill, wind speed and direction, barometric pressure, and precipitation. Initially I used several different fancy weather gadgets, none of which worked reliably.  In the end I took a thermometer with me, often hanging it on a tree in the apple orchard, to determine the air temperature.  For the rest of the data, I consulted my phone.  Seeking a way to make this data visual, I made a number of graphs before creating the final bar chart.
According to the farmer’s almanac, the name for January’s full moon was inspired by the wolf packs gathering and howling near indiginous villages. Many of the names for this moon refer to the prevalent cold, snow, or wind.
Wolf Moon 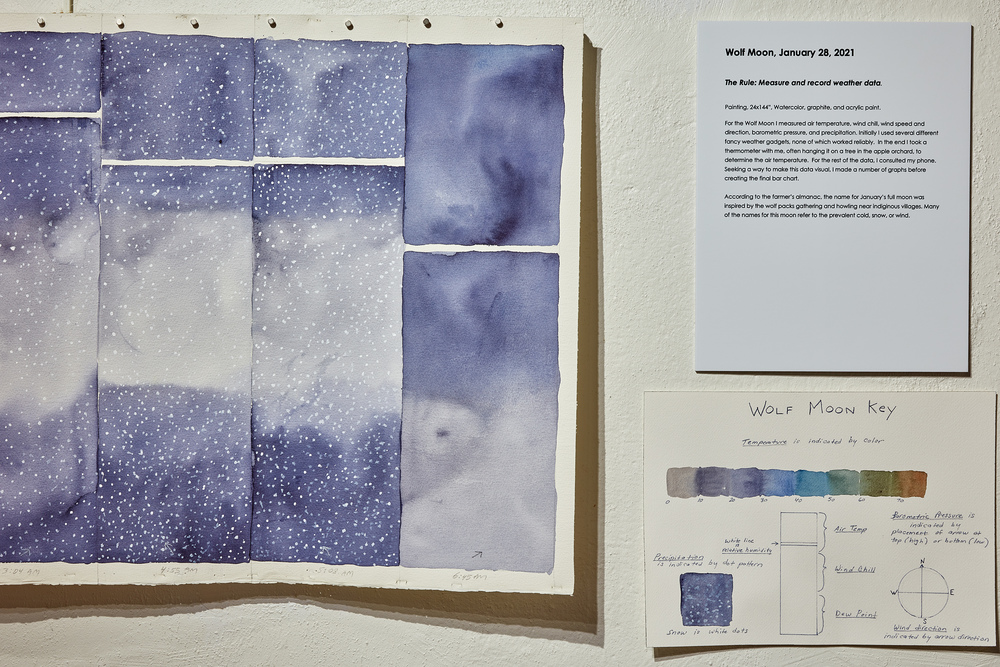 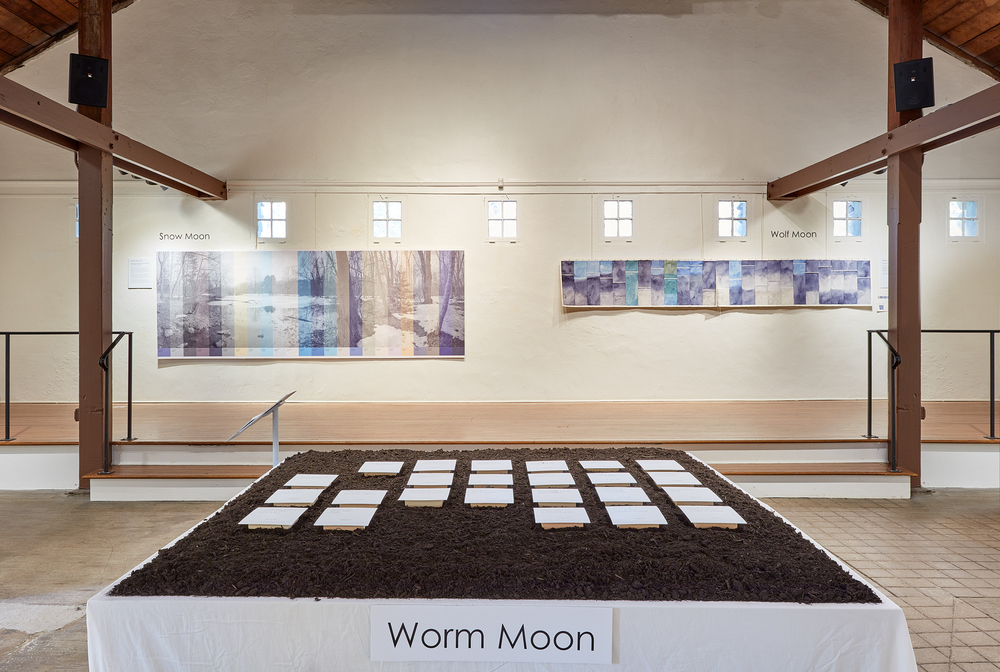 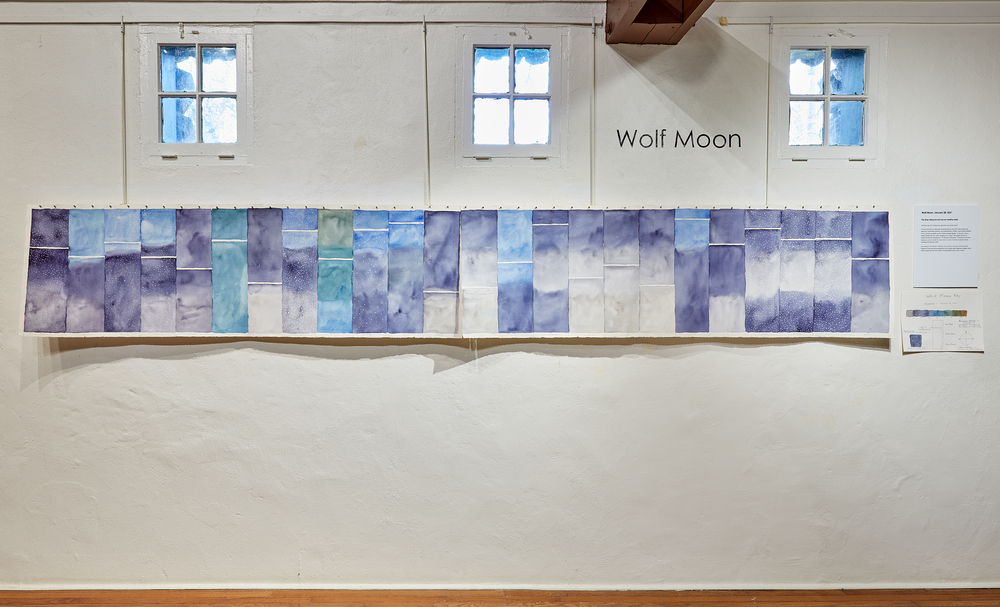